back to > News overview 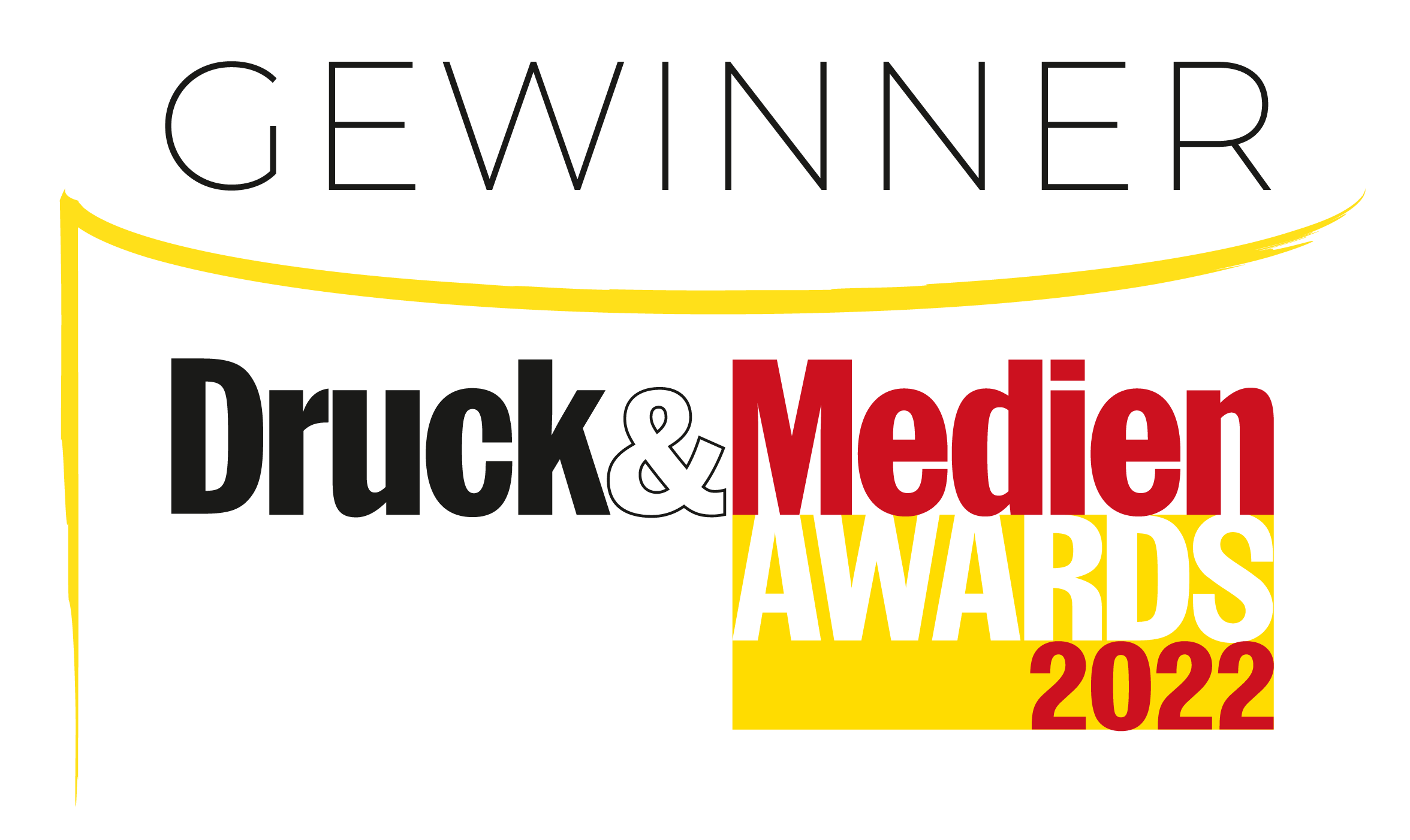 After winning in 2021, the Düsseldorf-based Druckstudio Group was again named Commercial Printer of the Year this year at the highlight of the print industry – the prestigious Druck&Medien Awards 2022.

At a festive gala with around 400 guests at the Grand Hyatt in Berlin, the company received the trophy for its special achievements. The evening was hosted by the well-known TV presenter Laura Wontorra.

The expert jury’s verdict was: “The Druckstudio Group particularly impressed us with the high quality across their entire entries but also with particularly beautiful individual products.”

The Druck&Medien Awards, organised by Deutscher Drucker Verlagsgesellschaft and presented annually since 2005, are considered the most prestigious award in the German printing industry. People, teams and companies are honoured in various categories.